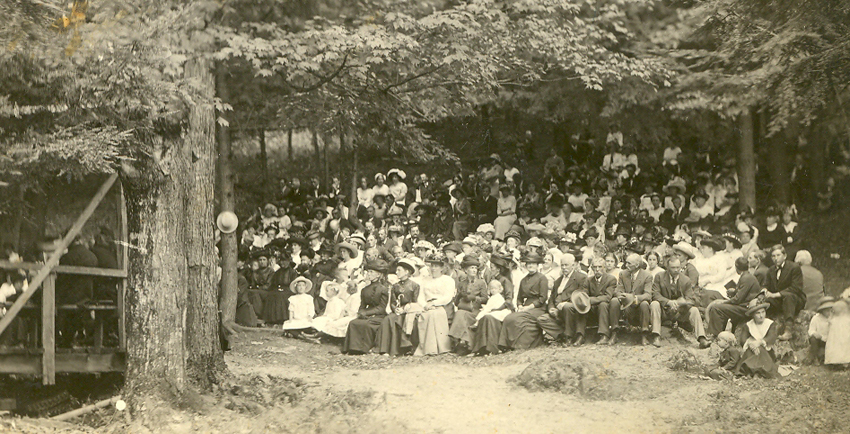 As many as 13 sawmills once operated on the Millbrook. Some of the lumber they produced was lashed into log rafts and floated from Lumberville down the East Branch to the main stem of the Delaware, thence on down the river to Trenton and Philadelphia. These rafts were piloted and steered by skilled raftsmen who rode them downriver, marketed the logs and lumber, and walked back. The exploits of these larger than life characters are legendary.

Early Dutch settlers of this part of the East Branch valley reportedly returned after the Revolution to build a Dutch Reformed church, the first preacher being a “one-legged man by the name of Anderson, who afterwards became a fortune teller and doctor.”

John Dickson, a settler of 1784, opened the first store in 1795. Among necessities he sold was whiskey, and his customers were said to be primarily lumbermen and raftsmen. William Akerly kept a tavern here in 1810 (the Yaple family history indicates that this area was originally called Akerley Town.)

There was once a post-route from Colchester to Roxbury. Mail-riders would deposit letters in a box nailed to an “old Elm” a short distance from Lumberville. In 1850 the Lumberville post office was established, and John Y. Tompkins was appointed postmaster.

By 1841, enough of a community had formed to require a school and church. Additional stores, hotels and churches followed. The arrival of the Delaware & Northern Railroad in 1906 prompted the opening of a creamery to handle milk produced by area farms. Other businesses served by the railroad were a factory that made barrel staves and one called Delaware Valley Mills which sold dairy feed, coal and other supplies.

In 1910, this hamlet of 200 people also had a grade school (District #11), an Advent Christian Church, Civil War Veterans’ and Oddfellows lodges, three general stores, a fire company and two hotels. Methodist and Catholic Churches were built later. Religious revival meetings were also held during the summer in the valley.

It’s not clear when Lumberville was renamed Arena, but an article in the Catskill Mountain News Sept. 5,1919 implies that James O’Connor, a farmer-poet who lived in Lumberville in the 1860s, renamed the hamlet, perhaps inspired by “this amphitheater surrounded by the lofty hill about it.” A copy of the Arena Enterprise newspaper from October 23, 1890 indicates the name was officially accepted by that time. 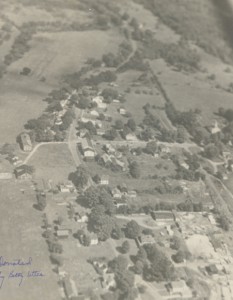 In the late 1920s Arena residents learned that their community, as well as Shavertown and Union Grove in the Town of Andes, and Pepacton in the Town of Colchester, were proposed for destruction as part of New York City’s plans to build a large reservoir by damming the East Branch at Downsville. But it took another 20 years before plans were finalized and the City got the go-ahead from the State.

The project began in the 1940s attracting hundreds of workers and their families, swelling enrollment at Margaretville Central School to more than 600 and boosting the local economy. But it was a traumatic period of disruption and destruction for residents of Dunraven, Arena and downstream communities. Nearly 1,000 people were displaced, and hundreds of graves were moved to higher ground. These included Capt. Samuel Dunham, a Revolutionary War veteran who died in 1792. Capt. Dunham now rests in the Gavette Cemetery, Millbrook.

Being furthest from the dam, Arena was the last hamlet to be razed. In August of 1954, nearly all buildings in the little town were offered at auction. Most sold for $200 to $400. Buyers either moved them or dismantled them to use the materials in new structures. At least 17 homes were moved to nearby locations, five of them to an area now called Arena Heights off Southside Road, just west of Margaretville.

HSM has collected, from NYC Department of Environmental Protection and other sources, photos of and information on all properties claimed for the reservoir in Arena and the Dunraven/Margaretville area. Our Oral History project has also recorded memories of former residents of Arena.

Today, road signs denote the locations of the lost communities. The Water Discovery Center at the Catskill Watershed Corp. building on County Road 38 in Arkville features an informative exhibit on the building of the NYC water system. And an audio tour, Voices from the Watershed, provides a guide to several sites and perspectives on this topic. 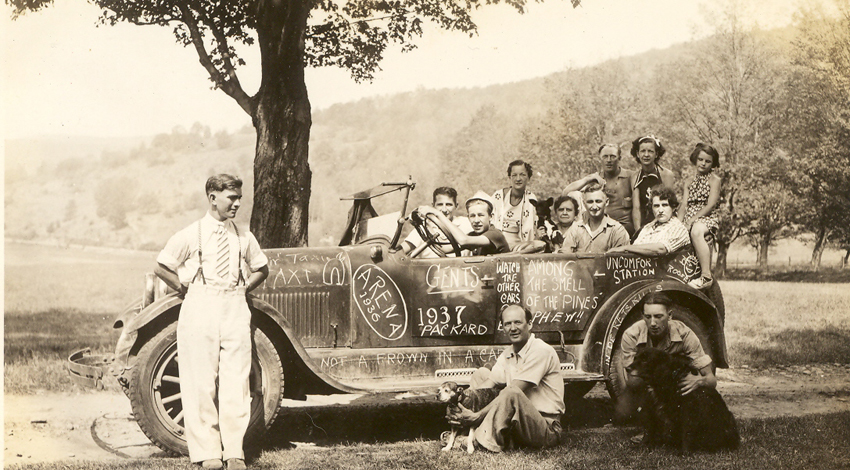 ARENA PHOTO GALLERY
Click for a larger view of each image… 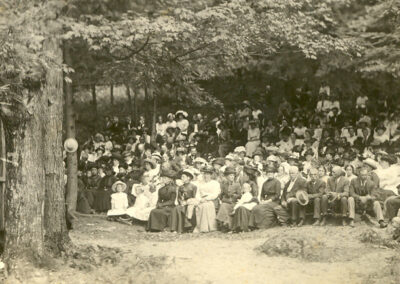 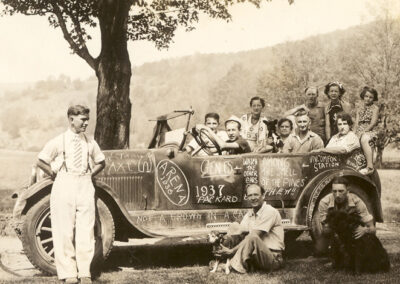 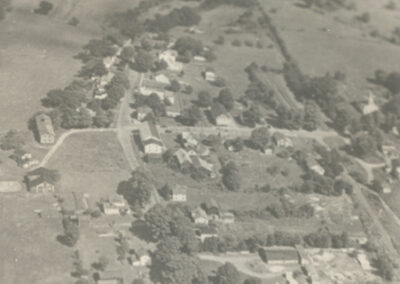 Arena from the air 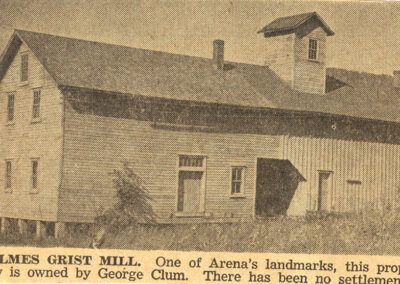 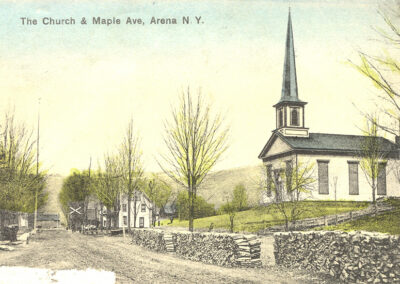 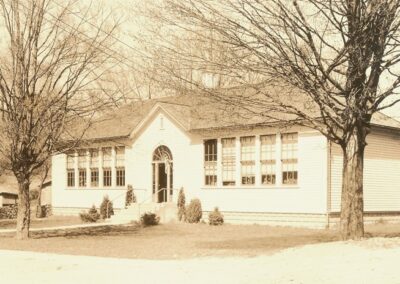 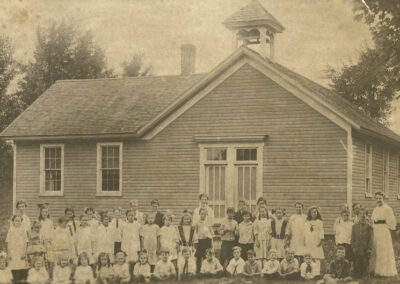