The history of this scenic valley in the shadow of Pakatakan Mountain has in many respects been written by water. 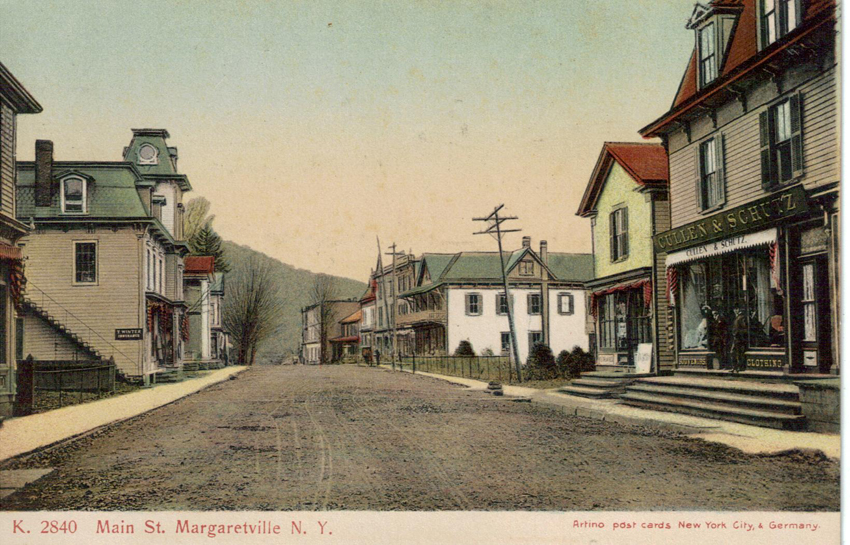 The Lenni Lenape found good fishing and hunting here hundreds of years ago. The East Branch of the Delaware River and its many tributaries offered sustenance for the settlers who followed and their livestock, and then were channeled to provide power for industries that helped the village grow.

Water has also spelled ruin on many occasions, as floods periodically consumed homes and businesses.

The first European settlers — 4 Dutch families from the Hudson Valley — arrived in the region in 1763. Ignos Dumond is identified as the first settler on the site of what would become the village. John Tompkins followed him, and reputedly built the first sawmill. A small community began to grow around the mill on the binnacle or binnekill, an arm of the East Branch. (Binnekill is Dutch for backwater portion of a stream or remnant of an old stream bed).

In the 1860s, G.G. Decker and James Chamberlin turned enough of the water from the East Branch of the Delaware River into the binnekill to make that stream sufficient for more mills and in 1863 Chamberlin erected a tannery on the stream. Two years later Decker put up a cooperage and in 1867, Ebenezer Laidlow built a foundry. 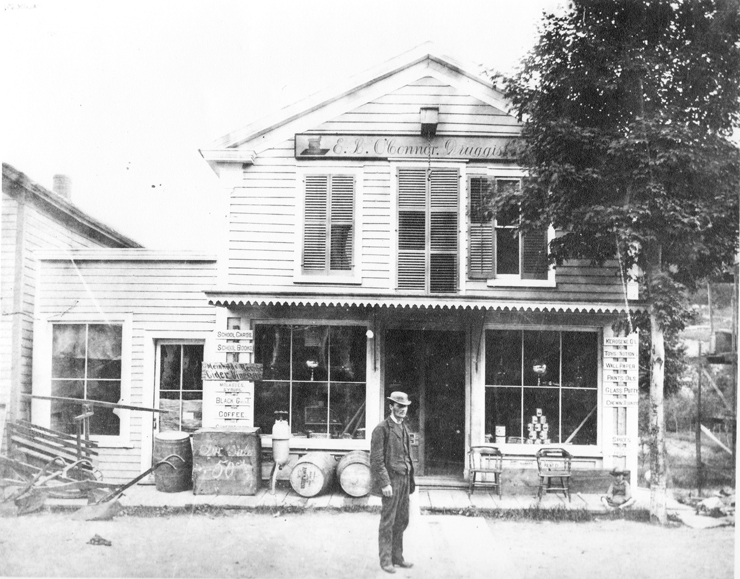 By then, stores, rural industries, hotels and a post office served a self-sufficient hamlet. Originally known as Middletown Center, the hamlet was renamed Margaretville in honor of a descendant of Robert Livingston, holder of the half-million-acre Hardenburgh Patent which encompassed this area.

Munsell’s 1880 History of Delaware County says that the first store was kept by Dr. A. and Rev. Ananias Ackerley, 1845-47. The Thomas Winter store was built by Francis O’Connor, and first occupied by Burhans & Decker. The next store building was the O.S. Decker hardware building, erected by Keator & Mead for a dry goods store. The post-office building and Charles Gorsch’s cabinet and undertaking establishment followed.

The Utilitarian newspaper was established by Dr. Orson Allaben in 1863. Allaben was a spirited developer of the village, a railroad proponent, and State Assemblyman. He also established a Utilitarian School in 1866 on what is now Academy Street. The community also supported the Margaretville Messenger, whose name was changed in 1902 to the Catskill Mountain News, operated by three generations of the Sanford family. It ceased publication in 2020.

In 1845 the first hotel was opened on what is now the corner of Main and Walnut Streets by David Akerly. Religious meetings were held in it, and as the village grew, it accommodated travelers and city boarders. “After the completion of the Ulster and Delaware Railroad in 1871, a loop was put in the Western Union telegraph line west of Arkville, and a telegraphy office (was) established at this village, which added an important feature to its attraction for New Yorkers, who come up to spend the summer among the many delightful resorts,” related Munsell’s.

In 1875, the community was incorporated as a Village, and Dr. S.W. Reed was elected its first president, with E. A. Olmsted, G.G. Decker and A.P. Carpenter trustees. There were several churches, volunteer fire companies, many civic organizations and busy entertainment venues, including the Opera House on Bridge Street, and later the Galli Curci Theater on Main Street. It was built by Catskill Mountain News publisher Clarke Sanford in 1921 and named for opera star Amelita Galli Curci who performed for the movie house’s grand opening.

Margaretville Hospital was established in a former farmhouse at the west end of the village in 1931. It was replaced by the current hospital which has operated from a bluff above Route 28 and the river since 1969. 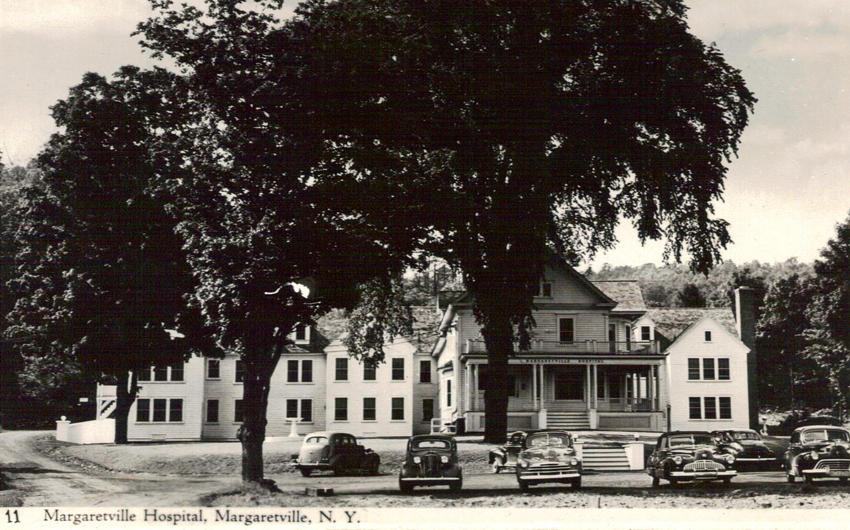 Village children first attended a schoolhouse on upper Walnut Street and in 1896 a Union Free School incorporating upper grades was constructed on Church Street. Following a public vote to centralize the many rural one-room schools, Margaretville Central School was constructed in 1939 by the federal Works Progress Administration. Most outlying schools closed by the early 1940s and students were bussed to the larger school on lower Main Street. 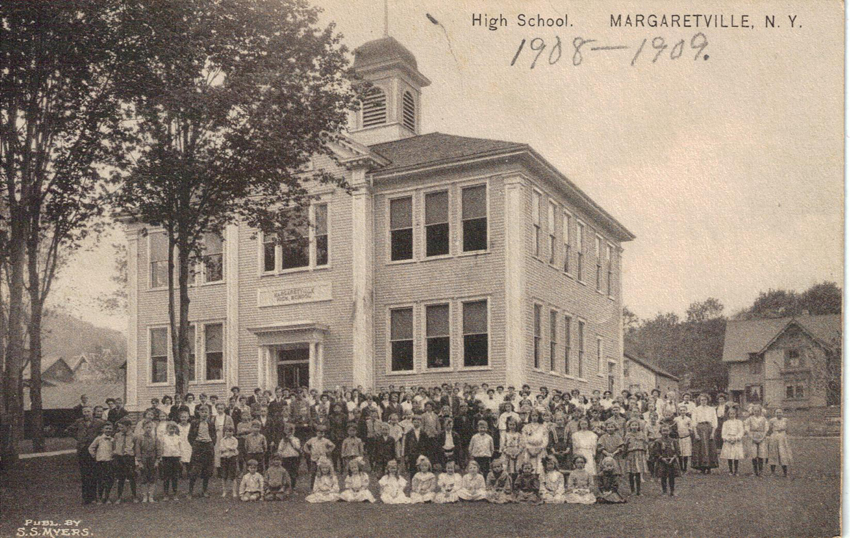 Long a trading center for the area’s farms, Margaretville became the nucleus of the important cauliflower growing industry in the Catskills during the first half of the 20th century. Initially growers sent their products to NYC markets in iced barrels on the railroad (the Delaware & Eastern, later named Delaware & Northern, which connected with the Ulster & Delaware Railroad in Arkville). The Margaretville Cauliflower Growers Cooperative, formed in 1929, combined with two other area cooperatives to establish an auction block in what is now the municipal parking lot. There, New York City commission houses purchased truckloads of cauliflower which were then driven to the city. The auction operated through about 1950.

The construction of New York City’s Pepacton Reservoir caused a brief population and business boom in the 1950s, but left a residue of resentment as homes, businesses and land in the reservoir basin and surrounding buffer lands were claimed by eminent domain (condemnation). In the Town of Middletown, the hamlet of Arena and a portion of the Dunraven area were claimed by the reservoir.

The late 1900s saw the demise of farming and the rise of the second home industry as metropolitan New Yorkers sought rural respite in the Catskills, changing business, employment and land use patterns in and around Margaretville. The village’s population in 2020 was 596. 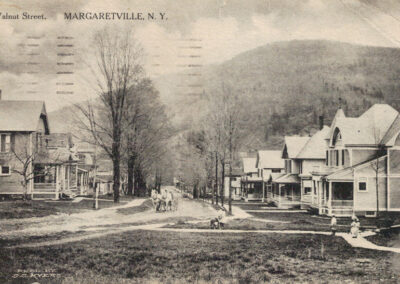 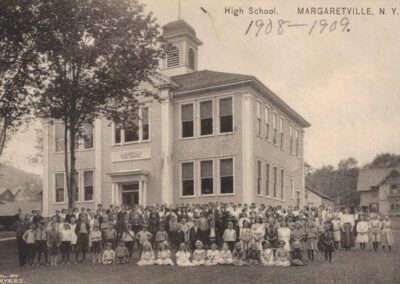 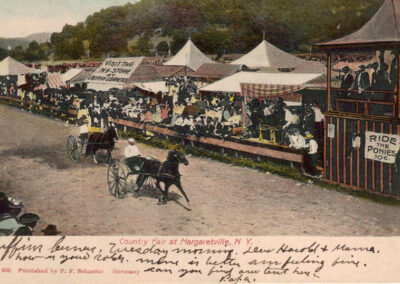 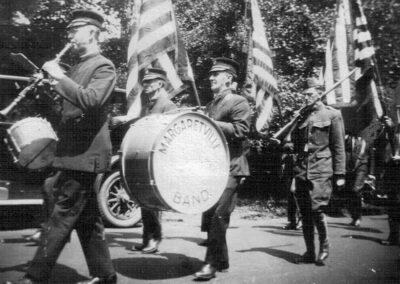 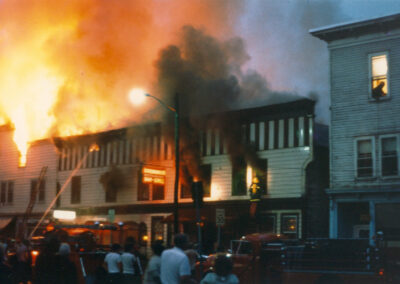 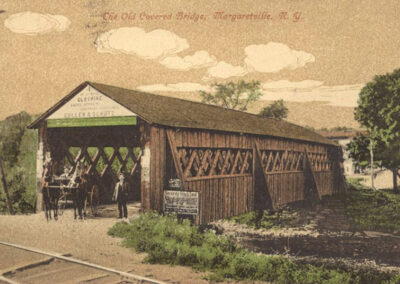 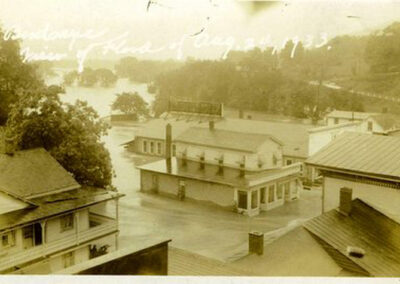 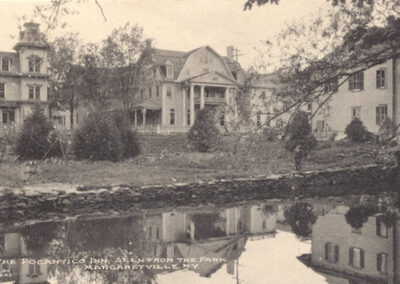 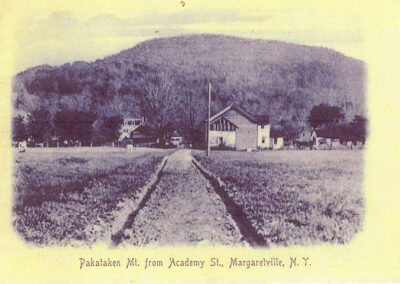 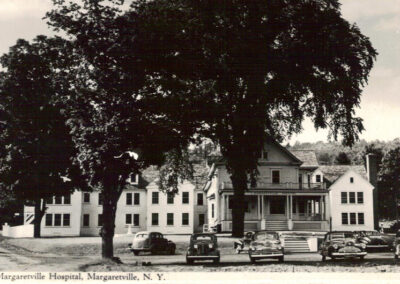 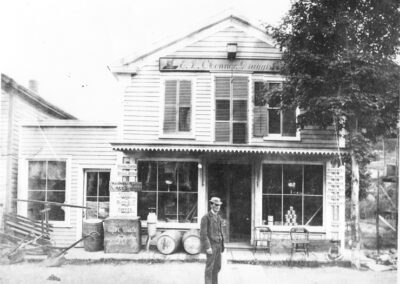 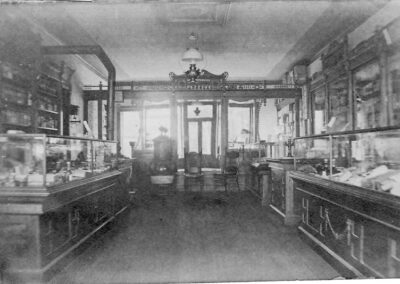 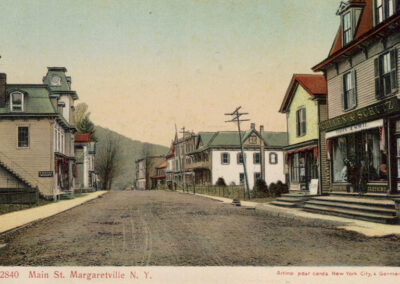 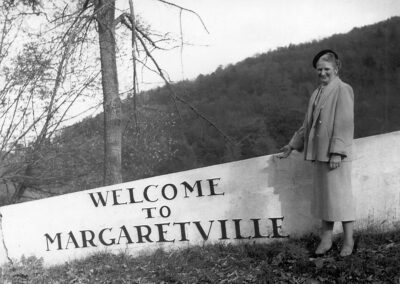