The entire hamlet of New Kingston is listed on the State and National Registers of Historic Places.

What is now the New Kingston Valley on the Plattekill Stream was once part of the Hardenburgh Patent, the largest ever granted by the British Crown. Shares in the Patent were traded regularly. Robert Livingston (1688-1775) of Clermont bought many of them. When the British burned both Kingston and Clermont in 1777, Robert R. Livingston, son and heir to Clermont, seized the opportunity to initiate settlement of the land by making a gift of 5,000 acres in this region to the “Kingston Sufferers,” who had lost their houses. Thus the hamlet got its name; none of the “sufferers” are believed to have settled in the area, but some of their descendants did.

One early settler, Jacob Van Benschoten, a Revolutionary War veteran, is said to have blazed a trail through the woods and over the hill from what is now Margaretville, a path that became known as “Uncle Jacob’s Trail.” Margaretville Mountain Road roughly follows this path.

Other settlers were of Dutch, Scottish and Yankee extraction, and included the Yaples, the Dumonds, Van Benschotens, Scotts, Russells, Winters, Elliotts, Reynoldses, Hewitts, Birdsalls and Sanfords. 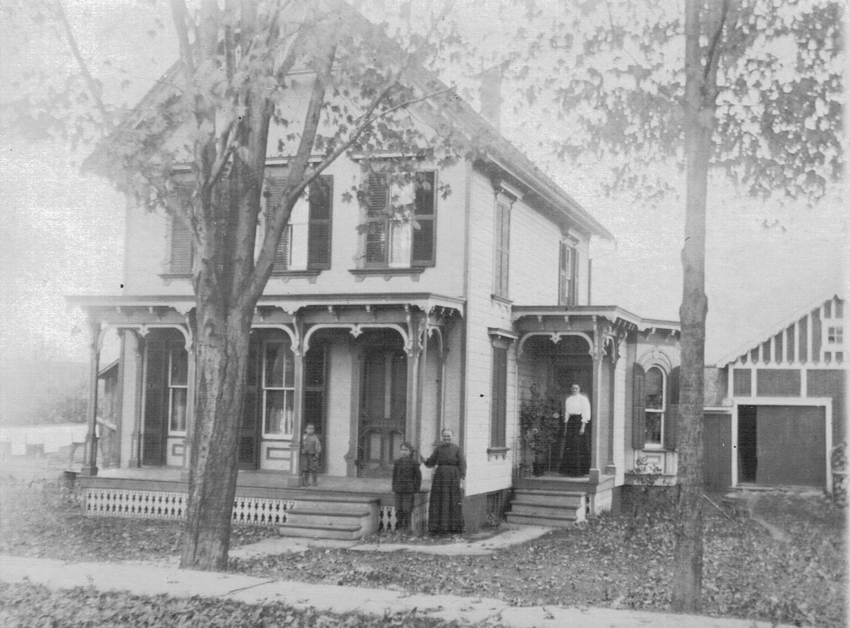 In 1848 Swart & Birdsall’s store provided important commercial impetus for the hamlet. Next to the new store, Isaac Birdsall, postmaster, built a handsome two-story Greek Revival-style house which still stands. By 1856 the hamlet was composed of a handful of buildings, including the store and post office, a blacksmith shop and a shoe shop. By1869, there were, in addition, a dozen houses, a church and a wagon shop.

Carpenter James R. Scott arrived in New Kingston in 1869 and set up a water-powered woodworking mill. He and his wife Mary raised a family of builders who are credited with constructing several houses, the Presbyterian Church and a number of barns in the New Kingston Valley. 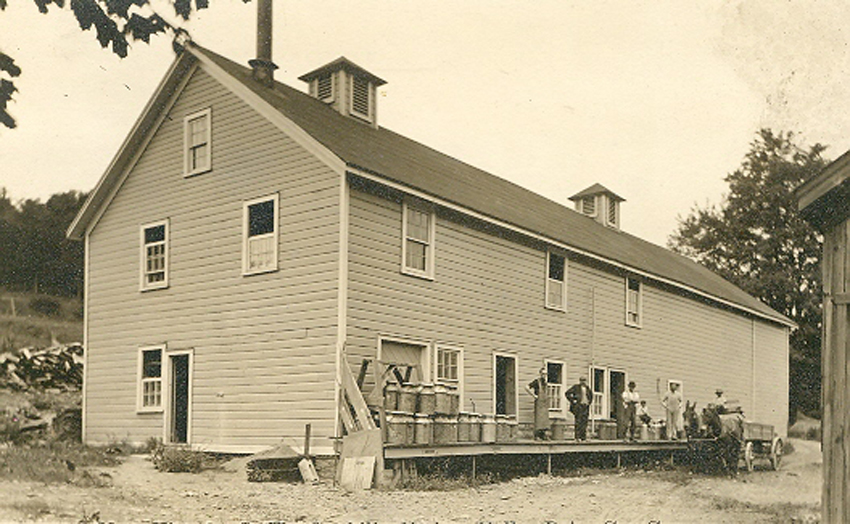 The dairy industry dominated the Valley, which once boasted dozens of farms. The hamlet was a commercial and service center for those farms. In 1884, forexample, Alexander Archibald was a New Kingston manufacturer of “wood sawing machines and butter packers,” and a dealer in “wagons, cutters, sleighs, feed mills, threshers, steam engines, horse rakes, etc.”

The Hudson Valley Dairy Company creamery operated from before 1903 to 1917, taking in 6,000-8,000 pounds of milk per day from local dairy farms. Cans were hauled on wagons pulled by mules to the Ulster & Delaware Station in Arkville. The company’s owner, Joseph V. Jordan, was a Newburgh millionaire. Many of his customers, dissatisfied with the price he was paying for milk, formed an association in 1911 and built the New Kingston Cooperative Creamery Co. which operated from 1911-1926, after which it was run for several decades by commercial operators Dan Franklin, and then Vogt’s Dairy, Inc. of Delhi and NYC.

Cauliflower, too, was an important farm product here. Commercial cauliflower production in the Catskills began and ended in New Kingston and lasted 100 years. William and Thankful Van Benschoten were the first to grow it on their farm between Margaretville and New Kingston in the mid-1890s, and the Ruff family’s truck farm was the last large scale cauliflower operation in the region, ending in 1996.

The few remaining dairy farms in the Town of Middletown are in the New Kingston Valley. One, operated by the Elliotts, has been in the same family for more than 200 years.

In the second half of the 20th century, as farms closed down, the commercial scene shifted towards Margaretville and beyond. Many old farmhouses were sold to downstate dwellers who found the New Kingston Valley to be a quiet sanctuary respectful of its history. 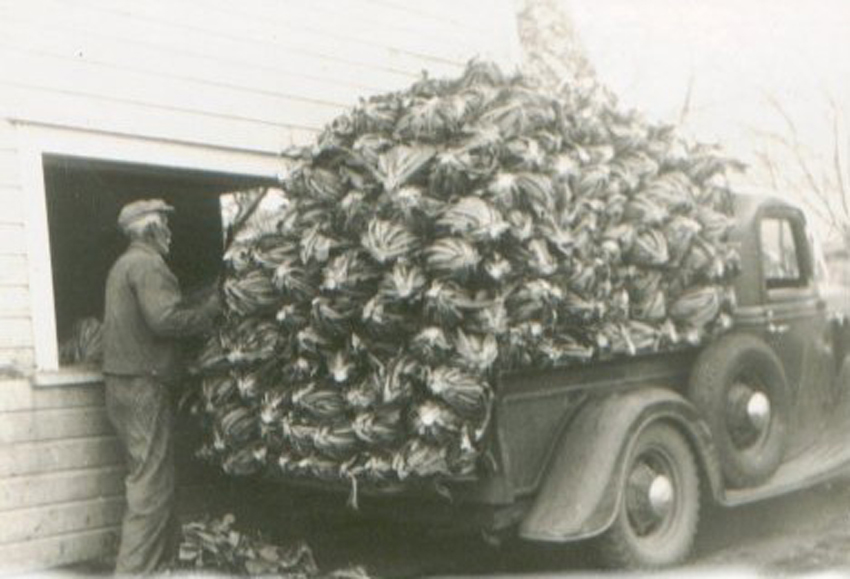 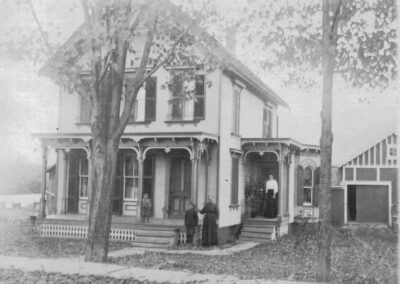 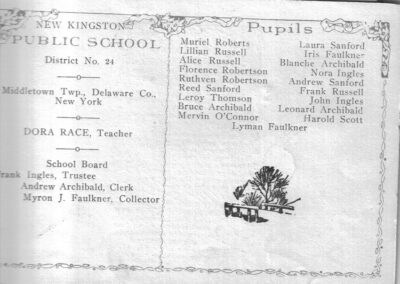 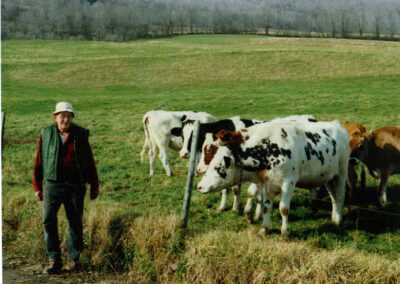 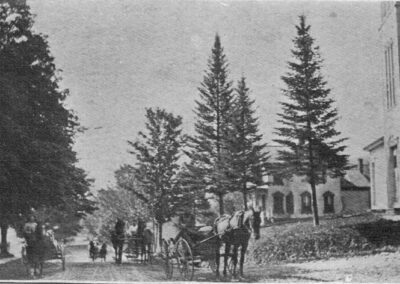 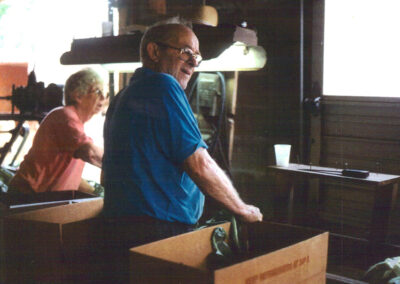 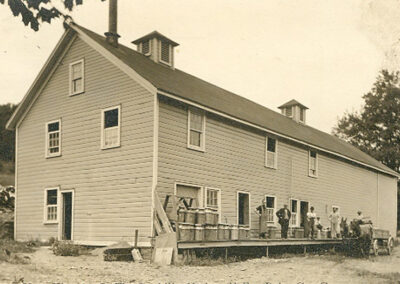 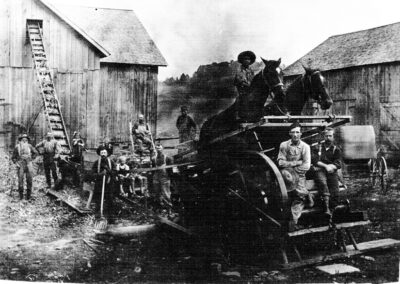 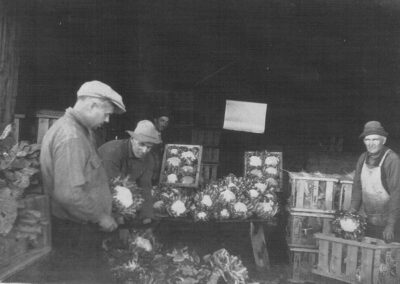 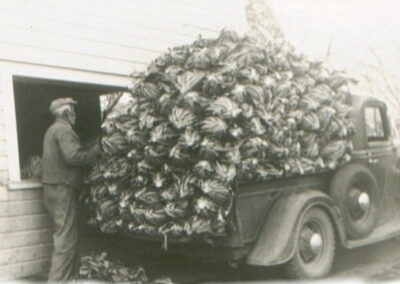 Gideon Robertson with load of cauliflower 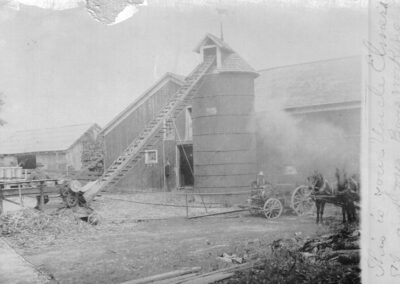 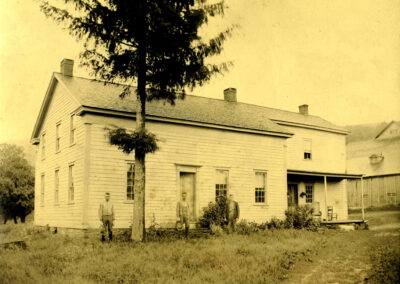 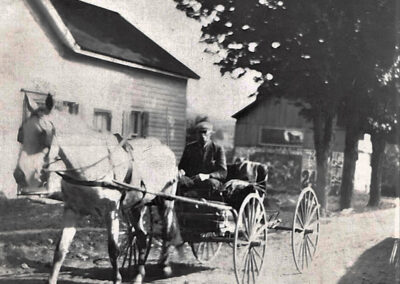 A horse and buggy pass a blacksmith shop in New Kingston

A horse and buggy pass a blacksmith shop in New Kingston 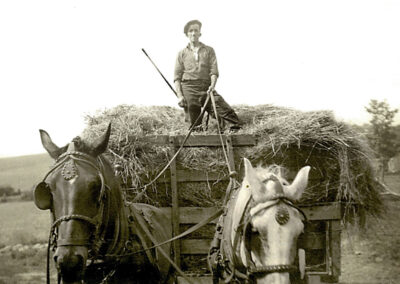 Adriano Lanzi, atop a load of hay

Adriano Lanzi, atop a load of hay 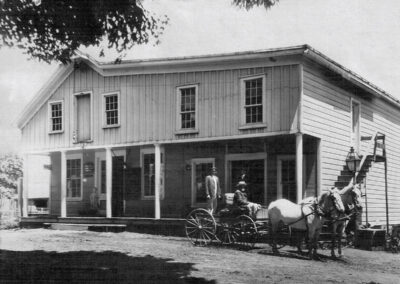 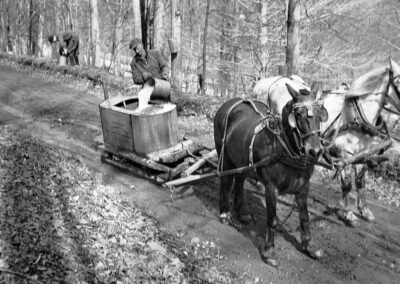 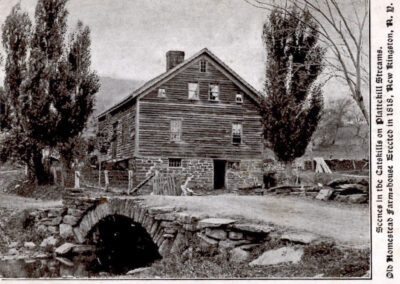 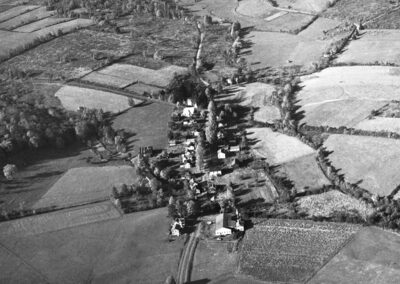