This map was produced by Ira McIntosh who in 2006 worked with local elders in each section of town to identify the locations of dairy farms that were operating in the late 1940s-early 1950s. It shows 187 family farms. In 2015, there were just two dairy farms still operating – Elliotts and Grays – both in the New Kingston Valley.

Thanks to Larry Kelly at the Catskill Watershed Corp. for producing the large map of the Town of Middletown. We apologize for errors in locations, spellings or for those we inadvertently omitted. We regret, too, that we could not list the names of the spouses of the men shown as owners of these farms, as women (and children!) were equally important in their operation.

Link to the map’s key here: 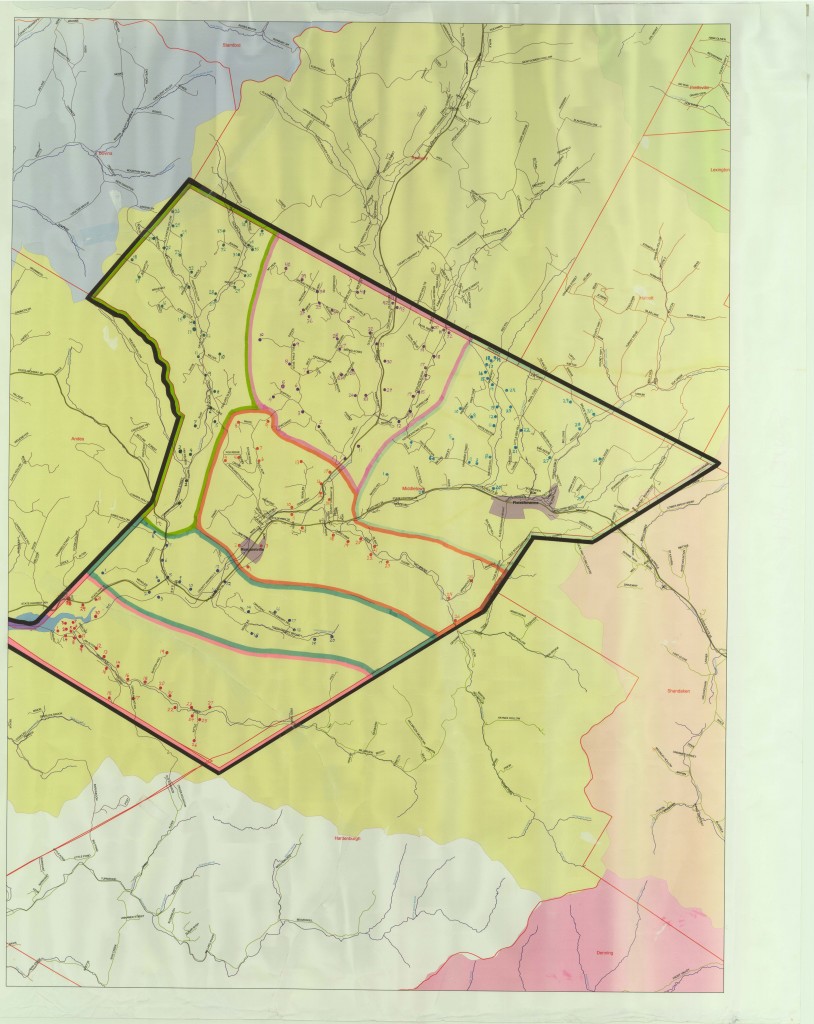