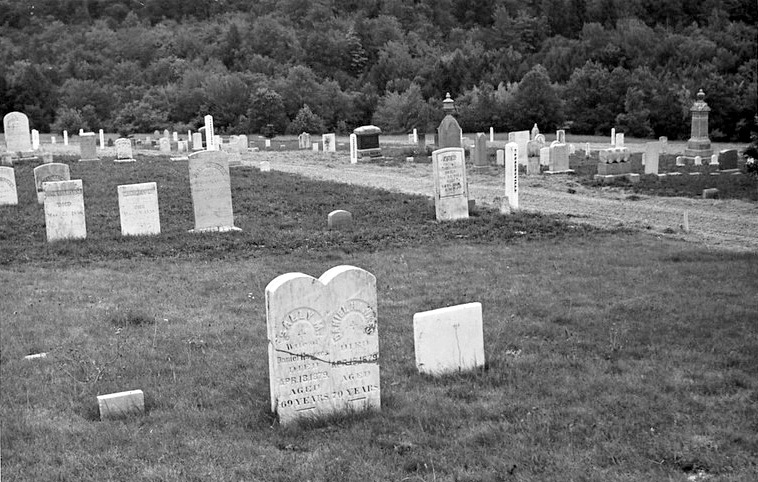 A walking tour of Pepacton Cemetery, where the remains of 1,525 people from burial grounds in the Pepacton and Cannonsville Reservoir basins were moved in the 1950s and ‘60s, will be held Saturday, July 9 at 10 a.m.

The cemetery, maintained by the NYC Department of Environmental Protection (DEP), is located on NYCity Highway 30A in the Town of Andes.

There is no admission to this event and reservations are not required. In the event of heavy rain at 9 a.m. the walk will be held Sunday, July 10 at 10 a.m.
Attendees are advised to bring water and sunscreen. The grounds are mostly level but sturdy shoes are suggested. The tour will take a little over an hour.
Tour guides will be gravestone conservator and Delhi Town Historian Marianne Greenfield, and Middletown Historical Society President Diane Galusha. Greenfield will explain the history of the cemetery’s development and the restoration of 305 headstones and 80 unmarked graves that she coordinated under contract with the DEP 2016-18.

Visitors will then learn about some of the men, women and children whose remains were relocated to this site, part of the former Ken Sprague farm that the City acquired for this purpose. Remains were removed from 12 burial grounds before those cemeteries were inundated by the impounded East and West Branches of the Delaware River.

Among the individuals tour-goers will learn about are:

Many early settlers are buried at Pepacton. A number of their headstones were inscribed by the itinerant stone carver known as Coffin Man, whose story will be related to tour-goers.

The unidentified remains of as many as 30 people believed to have been enslaved by Alexander Cole of Colchester are buried in the Cat Hollow section of the cemetery. Here Galusha will share some of her research into slavery in Delaware County. 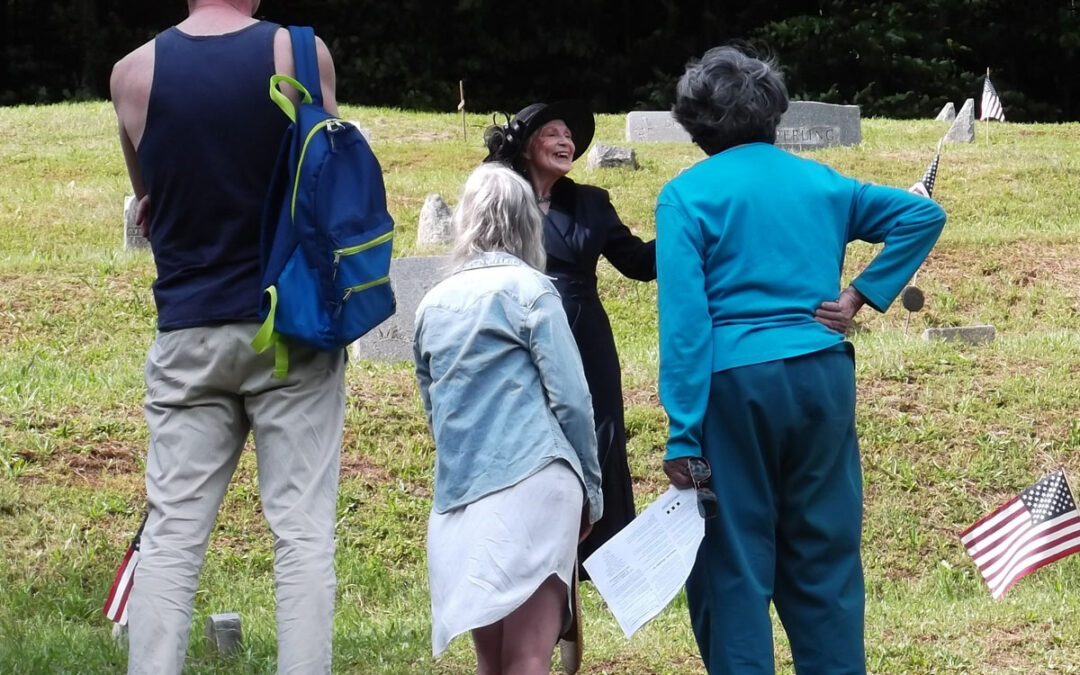 The popular tour will be held Saturday, June 18, 2022 at Margaretville Cemetery. Rain date is June 19.

In addition to the walking tour, offered from 4 to 6 p.m., there will be a special early bird performance at 2 p.m. on stage at the Open Eye Theater on Main Street to accommodate those with mobility issues.

Reservations for the staged or on-site performances are required and can be made by calling 845-586-4736.

This year’s tour will feature portrayals of eight people from Middletown’s past. Tour goers led by costumed guides will meet these spirits and learn about their lives.

They include a pair of newspaper editors reflecting on memorable local events of the late 19th and early 20th centuries; the valedictorian of the first graduating class of Margaretville High School in 1896, and Italian immigrant storekeeper, baker and labor recruiter Pasco Dilello.

A barber, a game warden, and a suffragist will be portrayed, as will an early emigrant from New England whose family arrived in the Dunraven area in 1796.

Directors of this year’s production are Marge Helenchild and Michelle Macau.

For more information on HSM events and to become a member, visit mtownhistory.org.

Memorial Day is right around the corner and the Historical Society of the Town of Middletown wants to help you pay tribute to your loved ones by offering a unique headstone cleaning service.

A team of HSM volunteers is ready to clean monuments at cemeteries in and around Middletown this spring, using a safe and very effective cleansing agent and method. A donation of $30 cleans a single one-sided headstone; a $50 donation will clean two headstones or a two-sided monument.

Before-and-after photos will be provided to those who take advantage of this offer, available only during the month of May.

Information about HSM events and programs can be found at mtownhistory.org. 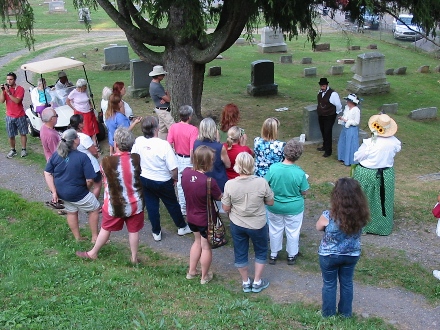 MARGARETVILLE – The Historical Society of the Town of Middletown (HSM) has announced cast members for its 9th Living History Cemetery Tour to be held Saturday, June 18 at Margaretville Cemetery.

In addition to the walking tour, offered from 4 to 6 p.m., there will be a special early bird performance at 2 p.m. on stage at the Open Eye Theater to accommodate those whose mobility issues may prevent their enjoyment of the on-site event.

This year’s tour will feature portrayals of eight people from Middletown’s past. Tour goers led by costumed guides will meet these spirits and learn about their lives while strolling through the scenic cemetery with its handsome grounds and beautiful views across the East Branch valley.

HSM welcomes four actors new to the tour:
David Dancyger and Steve McQuide will portray James Knox Polk (JKP) Jackson and Clarke Sanford, publisher/editors of the Margaretville Utilitarian and the Catskill Mountain News as they compare notes on memorable local events of the late 19th and early 20th centuries. McQuide is a grandson of Publisher Sanford.

Holly O’Connor will portray her great-grandmother, Etta Mann Easman Welch, valedictorian of the first graduating class of Margaretville High School in 1896, who first married a hotel keeper, then the superintendent of the Delaware & Northern Railroad. And Rod Sequillo will bring to life Italian immigrant Pasco Dilello, storekeeper, baker and labor recruiter for area industries and building projects.

John Bernhardt, who has appeared in each cemetery tour since the first one in 2012, will become barber Reed Delameter this year. Another veteran tour actor, Agnes Laub, will portray Thankful Grant, an early emigrant from New England whose family arrived in the Dunraven area in 1796.

Yet to be named are at-large players who will appear in silent vignettes throughout the cemetery. 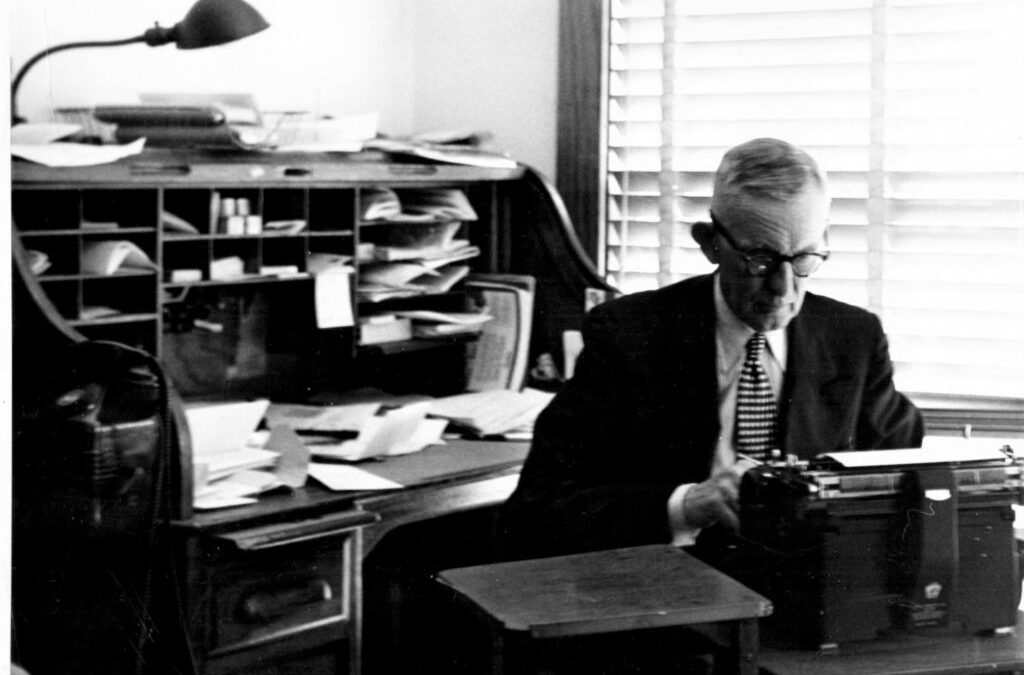 The Historical Society of the Town of Middletown (HSM) is seeking the support of history lovers in its efforts to preserve and make accessible 12 more years of the Catskill Mountain News, and 25 issues of other local newspapers, most from the 19th century.

The rare extant early newspapers, preserved in the HSM archives, include the Utilitarian, the Margaretville Messenger, the Griffin and Fleischmanns Herald, the Arena Enterprise and others.

Covering eastern Delaware and western Ulster Counties, the Catskill Mountain News ceased publication in January 2020. HSM had previously microfilmed and digitized the News from 1902 through 1973 and it quickly became one of the most frequently searched titles on NYSHistoricNewspapers.com. This phase of the preservation project will add 1974-1985 to the online collection.

The ‘70s and ‘80s saw noticeable change in the Catskills, when family farms shut down and the economy shifted to accommodate weekend residents. You could go downhill skiing at now-closed centers in Andes and Phoenicia and join thousands of revelers at fairs and festivals that were once big draws in Arkville and New Kingston. The obstetrics unit closed at Margaretville Memorial Hospital, and the Delaware & Ulster Rail Ride brought new life to an abandoned rail line.

Weather calamities and fires, like the one that gutted the center of Margaretville’s Main Street in 1977, were followed by revitalization. Long time businesses closed and new ones emerged. From election results to obituaries, accidents to school sports, the News, owned by the Sanford family, covered it all. Its readers most appreciated the reports of neighborly comings and goings provided by community columnists. 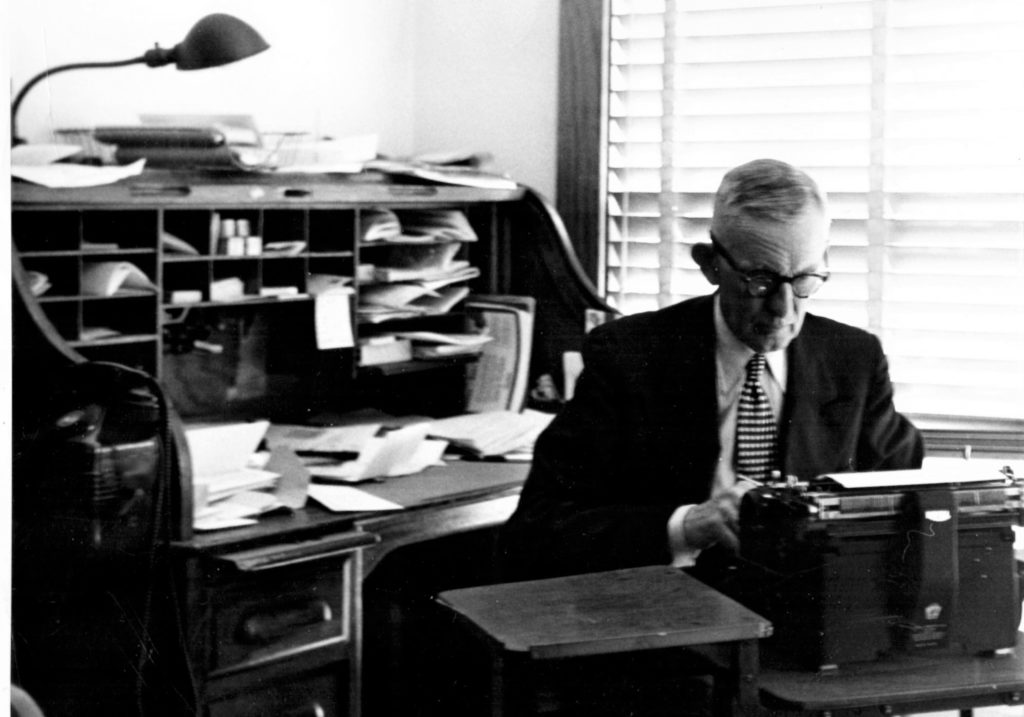 Clarke Sanford typing out the News.

Explained HSM President Diane Galusha, “This treasured resource is invaluable to genealogists with family connections here, and to researchers with an interest in the evolution of the Central Catskills region. It is also vulnerable, as there is only one set of bound volumes containing these original newspapers. HSM is collaborating with Fairview Public Library where they are stored to have them microfilmed and digitized so that anyone, anywhere can search or browse through them well into the future.”

Donations to help with this effort may be sent to HSM, PO Box 734, Margaretville, NY 12455. Please include the notation “CMNews Project.”

No comments to show.